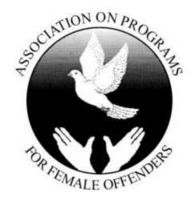 although there are far more men than women in the u.s. criminal justice system, female correctional populations have risen significantly in the past decade. today women make up roughly 7 percent of prison inmates, 12 percent of jail inmates, 13 percent of parolees, and 23 percent of probationers.

a conference devoted to women in the system, the 11th national workshop on adult & juvenile female offenders, takes place today through wednesday at the marriott hotel in bloomington, mn. an informative ap story on the conference emphasizes some of the minnesota programs for mothers in prison and their children.

when i interviewed minnesota prisoners about their political life a few years ago, i started by doing ten interviews in a women's prison, then moved on to a men's facility. my impression was that the first interviews were much "easier" -- more women than men seemed to have developed a vocabulary for talking about things such as civic participation and their past and future roles in the community. so, i got a little spoiled as an interviewer. the men were immediately on top of issues such as individual rights, liberties, and voting but seemed to have given less thought to communitarian issues.

i didn't draw any big generalizations from a handful of interviews and this didn't become a theme in the books or articles from the project. still, it made me think about something i heard from a warden at a women's prison long ago but didn't believe at the time. she said, "female prisoners aren't anything like male prisoners -- they are a lot more like women in the community." consistent with the conference and the mission of the apfo, the warden was deeply skeptical of a "just add women and mix" approach to correctional programming.
Posted by christopher uggen at 8:08 PM