now what would you pay? 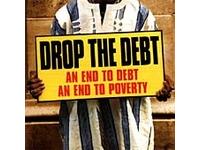 adam liptak's thoughtful piece in the times today highlights a significant barrier to felon reintegration: money. i'm not talking about how hard it is to earn a decent living with a criminal record. i'm talking about direct financial obligations to the state.

today, clients in the criminal justice system must pay fines, court costs, restitution to victims, lab costs (e.g., for drug testing, and sampling their dna), treatment costs (e.g., for chemical dependency or anger management), surveillance costs (e.g., for ankle bracelets), and because-we-said-so costs. liptak profiles one man who owes $127,000 to the state of louisiana, though six-figure debts are rare. it is not at all unusual, however, for "average" felons to owe thousands of dollars upon release.

when i analyzed applications for voting rights restoration in florida, i noticed that many such applications were never even reviewed. this is because applicants with any outstanding court costs or unpaid restitution were considered ineligible by definition. such practices seriously exacerbated racial inequalities in the system's operation. like florida, washington state is among the most aggressive in wringing money from felons. here's liptak:

Washington has one of the longest lists of fees assessed to criminals, and it is diligent in trying to collect them. Ms. Dubois, disabled after a car accident, makes payments of $10 a month toward what was once a $1,610 debt — $1,000 for a county "drug enforcement fund," a $500 "victim assessment fee" and $110 in court costs. "I still don't know who the victim was," she said. Her efforts notwithstanding, her debt is growing because of the 12 percent interest assessed annually by the State of Washington. As of September, it stood at $1,895.69.

until she pays it all back, however, she will remain ineligible to vote. just think about that for a moment. do such requirements exact a poll tax on the poor? how many other citizens -- of any socioeconomic stratum -- would pay $1,900 to vote in the next election? what if people remained ineligible to vote until they had completely paid off all student loans and other financial obligations to the state?

most students, of course, are not felons. while the state can make all felons debtors, i question the wisdom of imposing onerous financial obligations across-the-board. in my opinion, such policies needlessly prolong punishment. to the extent that former felons are marked as debtors and outsiders, it is more difficult for them to become "insiders" -- stakeholding and tax-paying citizens in good standing. that said, i grant that adhering to a reasonable restitution schedule might serve a reintegrative or rehabilitative function. making even nominal payments to victims might be part of a broader strategy of "earned redemption."

but that's not what we're talking about here. thoughtlessly dumping four-figure fees on the poorest of the poor serves no such purpose. this is either "piling on" to further stigmatize and criminalize the indigent or a misguided attempt to squeeze blood from turnips:

"The difference between 30 years ago and today," said George H. Kendall, a lawyer with Holland & Knight in New York who represents Mr. Rideau, "is that people who everyone agrees are poor are leaving the courthouse significantly poorer."

Posted by christopher uggen at 7:16 PM