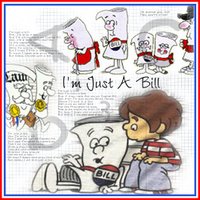 i got word today that a reenfranchisement bill will be discussed monday in the minnesota senate.

my understanding is that the proposal would extend voting rights to all non-incarcerated felons, including those serving probation and parole sentences. prisoners, however, would remain disenfranchised.

the last time such a bill came up for discussion, i did a rough memo using 2003 data on the likely effects. by my count, at least three-fourths of the disenfranchised felons in the state would regain the right to vote. it would reduce the african american disenfranchisement rate from about 12 percent of the voting age population to less than 4 percent and the rate of non-african american disenfranchisement from about 1 percent to about 0.3 percent. i'll need to update these numbers for 2004 (2005 won't be available yet), but the basic patterns should hold.

only a few minutes are allotted for discussion on monday, but here are some particulars: