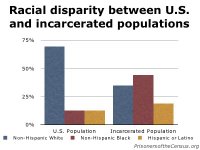 the council on crime and justice is holding a public criminology conference on their racial disparity initiative on june 28 in minneapolis. over the past five years, the council has written 17 reports on race and justice. they are now pulling them together to summarize the knowledge and hammer out some action steps.

the panels have representatives from an incredibly diverse set of institutions and publics, though not everyone will show up. there are ex-offenders, clergypersons, social workers, attorneys, community residents, businesspersons, and academics. mayors rybak of minneapolis and coleman of st. paul are on the program, as are st. paul's police chief john harrington and minneapolis' assistant chief sharon lubinski, minneapolis school superintendent bill green, state supreme court justice alan page, and judge kevin burke of hennepin county district court.

as for criminologists, michael tonry will serve on a panel discussing causes of the disparity, todd clear will be in the collateral consequences group, and i'm on the action steps and ethics panel. i probably won't say much, since my panel is scheduled to include a republican state senator, business folk, police officers, case workers, and don shelby, local anchor god. it should be fun. or a free-for-all. or both.

anyone interested in racial disparities in justice might find something interesting on the program. you can register online, for a suggested donation of $20. attorneys can get CLE elimination of bias and ethics credits but need to kick in more money (sorry, angie). tom johnson of the council is expecting a pretty good crowd. the conference is june 28 at minneapolis community and technical college, 1501 hennepin avenue.
Posted by christopher uggen at 6:37 PM