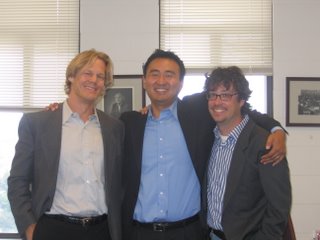 it is a cool project, with a careful legal analysis and event history models of the passage of felon jury exclusions, as well as an elegant county-level analysis of their impact on the expected number of african americans per jury. darren just started his new job as an assistant professor at marquette university, so he'll be spinning the diss into publication gold for the next few years.

in this business, it doesn't get much better than seeing one's advisees pop up on the faculty roster of fine institutions. congrats, darren.
Posted by christopher uggen at 6:13 PM