take back the news

heather hlavka has a piece in the daily today, highlighting an organization called take back the news and their efforts to challenge media representations of rape and sexual assault. although rates of sexual assault have declined significantly over the past 15 years, the first-person accounts powerfully illustrate the long-term effects on survivors. if you would like to contribute to the project, you can donate through paypal or share your own story online.

Posted by christopher uggen at 5:02 PM No comments:

friend and colleague joel samaha received a big teaching award today. at the minnversity, a big award can be operationalized as involving (a) university-wide competition, and (b) a significant bump in recurring salary. joel is a history Ph.D. and attorney, who once taught u.s. and world history in chicago public schools.

for the past four decades, however, joel's quasi-socratic method has inspired hundreds of minnesota undergrads each semester. in lectures that often exceed 300 students, he learns all their names and often much more than their names. in assembling joel's dossier, i marveled at the letters from former students -- big-city police chiefs, judges, and community leaders. joel somehow gets them all to think well and clearly about the tenuous balance between individual liberty and public safety, and about relations between citizens and the state more generally. decades later, many of his students can quickly call to mind specific lectures or course materials that fundamentally changed their view of the world and their place within it.

i can't imagine that anyone has had a greater impact on the administration of justice in this state than joel, but his impact extends far beyond minnesota -- his publisher tells me that joel's criminal law, criminal procedure, and criminal justice texts are used in 468 colleges and universities in 48 states. wherever he goes, joel is stopped and thanked on a pretty-much-daily basis by former students. i can't imagine how that feels, though i was once pulled over by a police officer who had taken my delinquency class at wisconsin. after sizing up the rusty car i was driving, he took pity and let me off with a warning. do you think joel has ever gotten a ticket?
Posted by christopher uggen at 5:03 PM No comments:

first, political scientists jon hurwitz and mark peffley presented some disturbing experimental public opinion research. for example, they find that whites are significantly less supportive of spending money to "lock up violent criminals" than to "lock up violent inner-city criminals." worse, white support for the death penalty actually freaking rises when respondents are given the additional cue that "Some people say that the death penalty is unfair because most of the people who are executed are African Americans." sixty-five percent of white respondents supported the death penalty in the baseline condition versus 77 percent once race is introduced.

jennifer eberhardt of stanford psychology then presented some of the most powerful experimental research i've seen on visual perception and the racialization of crime. for example, she found that a flashed image of a black face enhances perceivers' ability to detect degraded images of crime-relevant objects such as guns.

as the evidence mounted, i kept reworking my talk so that the day's last session would include at least a sliver of optimism. in the interviews i've done since the conference, however, i've been tongue-tied when talking about race. am i deepening white opposition to reenfranchisement by saying that felon voting laws exact a greater toll on communities of color?
Posted by christopher uggen at 5:04 PM No comments: 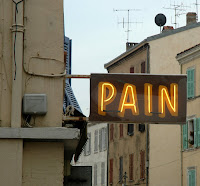 another tough comment arrived tonight on an old post on expungement and employment. maybe you feel no sympathy for ex-felons or maybe you think they're exaggerating the pain. i get enough phone calls and letters and emails and first-hand testimony, however, to know that the stigma is real enough to push people over the edge. when a western state extended its five-year registration requirement to a lifetime public stigma, for example, i got a call from a guy at the end of his rope after 4.5 years. and it wasn't the first (or the tenth or the hundredth) time i've heard such desperation.

i posted my response and repeat it below, though it seems pretty lame. i tell myself that life is beautiful and anything is possible, but sometimes i'm just stumped. how would you respond to this message, from a commenter identified as dead soon?

Hello. I've got convictions a-plenty (five I believe at this point). All over a decade old and all centering around writing bad checks. I've worked in tech all my career and can't get a job. I had one at HP and was hired through a temp agency that was not required to run background checks at the time. I doubt that situation exists anywhere in America any more. If you lie about your record you will be found out and probably get fired if not worse. If you tell the truth, well you don't get hired to begin with. My advice? Stay in crime and as often as possible perpitrait those crimes against companies that have turned you down for honest work. What else have you got? See you in the grave as this is my last log on anywhere. I don't want to be a criminal and since losing my last job to a coworker that used my record to get me fired (she was promoted to my job)I give up. I'd say that a full year of no work due to a fifteen year old bad check conviction is enough. Tonight it's a drug smoothy that should end this existence and if it doesn't it's a bullett at 6am sharp as I have my alarm set. I served my time and didn't owe the interest society demanded. My kids couldn't afford it either but at least now they get the insurance. Can't look them in the eye anymore when I can't even get a job that pays the bills. Bye.

damn. try to hang on a little longer, friend -- sometimes you'll see something in the sunrise that wasn't there the night before. i can't know what you've gone through, but some of us have held on by our fingernails through tough nights. thinking about your kids ten years from now sometimes helps, as does the promise of strong coffee and an apple fritter in the morning sun (or maybe a heineken and an egg mcmuffin in the parking lot) -- rewards large and small for making it through the night.
Posted by christopher uggen at 5:05 PM No comments:

the european society of criminology's april newsletter features an andrew coyle piece on imprisonment, reprinting data from roy wamsley's extensive 2007 world prison population list (7th ed.). the data seem well-suited for those seeking a punishment indicator for quantitative analysis, especially for those of us who are loath to impute punishment information or drop nations from the analysis due to missing data.

a few substantive summary points from the report:

Posted by christopher uggen at 5:05 PM No comments:

daniel beaty and fathers in prison


i've seen some amazing papers the past few days, taking in conferences on race, inequality, and incarceration and incarceration and fatherhood. friday's keynote speaker was the osborne association's liz gaynes, a powerful advocate for children with parents in prison. ms. gaynes introduced her talk with the daniel beaty video above. somehow, mr. beaty conveys the staggering loss of the experience within a message of growth and empowerment. if you just want the audio, you can skip the ruby dee intro and go directly to knock knock here.
Posted by christopher uggen at 8:07 PM No comments:

under the bridge downtown / i gave my life away 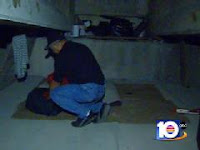 i just gave an upbeat star-spangled interview about florida's move to enfranchise most former felons. as soon as i hung up the phone, however, minor threat sent word that the state has not completely abandoned the practice of dehumanizing former felons.

you've really gotta see the video to appreciate the story. like many places, miami-dade county has such restrictive rules for housing sex offenders that almost anywhere they live would violate the terms of their release. the shelters won't take them and they can't live anywhere near parks, schools, or daycare centers. yet these folks can't be homeless either, since their release is conditional on occupying a residence from 10 p.m. to 6 a.m. according to a local story, a PO gave one poor guy the following directions to his new residence: "Go over the bridge. Once over the bridge, go under it towards the west side as far as he can go."

nice. according to cnn, the former felons are living under a bridge on the julia tuttle causeway, which offers no running water, electricity, or protection from rats and inclement weather. yet a state probation officer makes an early morning visit to the bridge every day to enforce the probation condition that they occupy a residence.

call me a soft-on-crime liberal egghead, but i don't think under the bridge is a viable long-term solution to public safety problems. in the short term, perhaps one of my florida pals could drive by and drop off a tent -- unless camping is against the rules too.
Posted by christopher uggen at 10:11 PM No comments:

dang. it finally happened. from the st. petersburg times:

TALLAHASSEE, Fla. (AP) -- Most Florida felons who complete their sentences will have their voting and other civil rights more quickly restored under a rule approved Thursday by Republican Gov. Charlie Crist and the state clemency board.

All but the most violent felons would avoid the need to get on a long list for a hearing before the board, which sometimes takes years.

The board voted 3-1 on the immediate change. Attorney General Bill McCollum, another Republican, strongly objected to altering the Jim Crow-era ban on felons automatically getting their rights back once they finish their sentences.

But Crist was emphatic: "I believe in simple human justice and that when somebody has paid their debt to society, it is paid in full. There's a time to move on, a time to give them an opportunity to have redemption, to have a chance to become productive citizens again." ...

...Still, Crist's plan was a compromise, carving out murderers and other violent felons who would still have to either go before the board for a hearing or at least be subject to review by board members without a hearing in some cases.

..."I believe in appropriate punishment, I'm 'Chaingang Charlie,'" Crist said. "But I believe in justice."

That drew an "Amen" from several in the audience at the meeting, including advocates for felons.

The ban was put into the state constitution in 1868.
Posted by christopher uggen at 10:10 PM No comments: 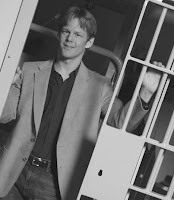 i'm not sure which of my clever students or coworkers ratted me out, but i'm going back to jail on may 17. this is gonna seriously mess up my syttende mai plans.

here's the deal: the good people at the muscular dystrophy association tell me that some well-meaning friend nominated me for one of those jail-n-bail-charity-extortion things. they think i can somehow raise $1,200 to help the kids and adults mda serves in their local clinics. for the research-minded, each $65 contribution buys one minute of mda research to find treatments and cures for neuromuscular diseases. hmm. can that be right? it must be really good research.

don't worry. before committing, i made sure that it was a reputable organization and that mda actually stood for the muscular dystrophy association -- and not, say, the missile defense agency or minnesota department of agriculture or methylenedioxymethamphetamine. if you're so inclined, i set up a page for donations. if i get any, maybe i'll set up a jail n' bail to benefit the felon fund. if each reader just contributes $400, i'll be back on the streets in no time...
Posted by christopher uggen at 4:53 PM No comments: