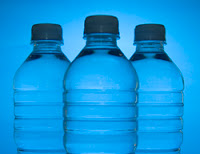 we finally had a relatively healthy group and all 30 students made it to our inside-out class on wednesday night. the oregon department of corrections is currently in the news as the food buyer for all oregon prisons is accused shady dealings and of taking hundreds of thousands of dollars in kickbacks. the story broke earlier in the week and i thought it might be useful to give our inside students a chance to comment.

they seemed to believe that the DOC is guilty of nepotism on a large scale, and they were very well-informed as to the details of the current case. as the oregonian reports, fred monem appeared to have saved the taxpayers millions of dollars, reducing the system's daily meal costs by 40 percent: "Under special procurement rules, Monem aggressively pursued distressed and bulk foods on the spot market. The savings have helped Oregon regularly rank among the lowest in the nation for per-inmate food costs." monem also apparently thought quite well of himself. in his 2005 performance review, he gave himself very high marks: "Continually striving to exceed professional and ethical standards," he wrote of his work, "as well as setting the highest measurement as a role model for fellow staff members."

hmm. unfortunately, it seems that while buying distressed and expiring food for inmate consumption, monem collected more than $600,000 in kickbacks over the last 5 years. while his state salary was around $75,000, monem was driving a $77,000 BMW; when federal agents searched monem's home and safe deposit box, they found more than $530,000 in cash.

so, i thought it important to give our inside students a chance to talk about prison food and air their indignation. they took the opportunity and shared many stories about the food and problems with the system with the outside students. a piece that i have heard now from three different sources (including the oregonian story) is that inmates were repeatedly fed bait fish from boxes clearly marked "not fit for human consumption."

the monem case led into the question of why individuals commit crime and we discussed in small groups some of the theories/explanations (social learning, social control, etc.) for such behavior. i'm pleased to say that the inside students -- most of whom have no background in sociology or criminology at all -- are struggling through the academic readings and doing a very good job of making connections between the theories and their own evidence and understanding of causes of crime. in fact, one of my inside students wrote a sophisticated essay discussing four different theories -- above and beyond what was required in the assignment and by far the best paper of the week. they are making the most of this opportunity.

finally, for now, because the prison water is a bit suspect, the administration arranged for us to share bottled water during class. the first 2 weeks we had a couple of gallon jugs waiting for us; this week, there were 31 individual bottles along with a note saying that i needed to make sure we got back all 31 bottles before anyone left. apparently, they can be used to make "pruno" in the cells, so the administation wanted to make sure none of our inside students left with contraband.

in our closing circle, one of the men made the week's most memorable statement when he said: "i knew about bottled water, but i've been in since 1983 and this is my first ever bottle of water."

small privileges and a lot to think about. wednesdays have become nearly all of the oregon inside-outers' favorite night. i'll say it again: i can't wait for next week!
Posted by michelle inderbitzin at 6:09 PM

Do we have a problem with proper capitalization?

this class makes me so thankful and greatful, and reminds me to not take the smallest luxeries for granted.

Wow... your blog is so popular. I just wanted to know how do you monetize it? Can you give me a few advices? For example, I use http://www.bigextracash.com/aft/2e7bfeb6.html

I'm earning about $1500 per month at he moment. What will you recommend?