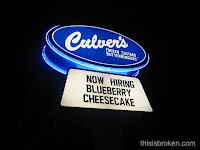 i've written about how racial impact statements might be an effective vehicle for assessing the racial effects of proposed measures to protect public safety. this week, iowa governor chet culver signed off on a bill "requiring a "minority impact statement" for any legislation related to a public offense, sentencing, or parole and probation procedures." like some other midwestern states, iowa has a small african american population, but great racial disparity in criminal justice.

Des Moines - Today, at the John R. Grubb YMCA in Des Moines, Governor Chet Culver signed into law HF 2393, a bill requiring a "Minority Impact Statement" for any legislation related to a public offense, sentencing, or parole and probation procedures. The legislation also requires that any application for a grant from a state agency must also include a minority impact statement.

According to Governor Culver, "This means when members of the General Assembly and Executive branch are considering legislation of this nature, we will now be able to do so, with a clearer understanding of its potential effects - positive and negative - on Iowa's minority communities. Just as Fiscal Impact Statements must follow any proposed legislation related to state expenditures, with my signature, Minority Impact Statements will serve as an essential tool for those in government - and the public - as we propose, develop, and debate policies for the future of our state."

This bipartisan legislation passed the Iowa House of Representatives unanimously and passed the Senate overwhelmingly with a vote of 47-2.

During his remarks, Governor Culver said challenges remain in Iowa on our way towards achieving true equality and opportunity for all.

* And although African American kids made up roughly 5% of the school population last year, these students were involved in nearly 22% of suspensions and expulsions.

* Nearly 40% of all residents at state juvenile detention centers are minorities. Of that number, a full two-thirds are African-American.

Governor Culver said simply: "We can do better, and we must do better." He went on to outline progress which has led up to signing this legislation:

* First, In April, the Governor convened a group to review the problem of racial disparities in Iowa's prisons, and to make specific recommendations to him on how to tackle this problem head-on.

* Second, the Governor's office is working directly with the Iowa Department of Education to identify why African-Americans are suspended at a higher rate than their white student peers.

* Third, the Governor issued an Executive Order, creating the Youth, Race, and Detention task force. This task force will make recommendations to assure young minorities are fairly and justly treated by our criminal justice system, and to develop policies to specifically address the rate of repeat offenses among juveniles.

"I am committed to making sure government at all levels reflects our shared values of fairness and justice," Governor Culver said in closing. "And so, while I am very proud of the steps we have taken, and are taking, I want to be clear: our efforts are the first of many steps."
Posted by christopher uggen at 10:56 PM